Landmark Solaris – An industry-leading solar reflectance value of over 40%

Using cool roofing technology has been recognized as one of the easiest, most cost-effective ways of lowering energy consumption. But until now, going green meant going white.

While white is naturally reflective, Landmark Solaris Collection’s innovative technology puts color where white used to be and produces a shingle that reflects solar energy. 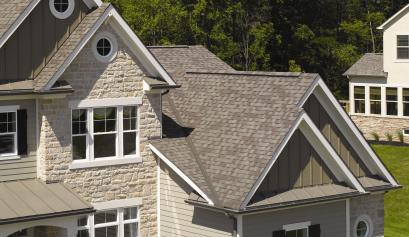 DWM Roofing is open for business during this time.  We are following all precautions and the recommended social distancing.  We are able to give roof replacement quotes without entering your home at all.  We will simply stop by, measure the roof and email you a quote.  There is no need for human interaction to receive your replacement estimate.  This is a troubling and unsettling time and we thank you for your patience and for placing your trust in us.